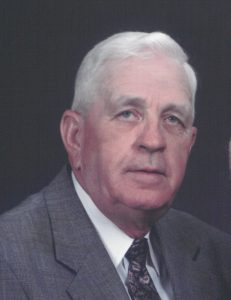 Funeral service for J.W. Lightfoot, age 82, of Sulphur Springs, TX will be held at 3:00 P.M. on Sunday, January 14, 2018 at League Street Church of Christ, Sulphur Springs, with Bro. Mike Eason officiating.  Visitation will be held one hour prior to the service at League Street Church of Christ.  Private family interment will follow at Posey Cemetery with Kenny Crowson, Stanley Horton, Connor Nix, Carson Nix, Tony Coffman and Ronny Charles serving as pallbearers and Jose Gomez and Tom Miller as honorary pallbearers.  Mr. Lightfoot passed away on Thursday, January 11, 2018 in Tyler, TX.

John Wylie Lightfoot was born on December 15, 1935 in Honey Grove, Texas to C.B. and Connie Lightfoot. He married Velma Henderson on December 21, 1956 in Plains Texas.  They were married for 61 years.  J.W. was a rancher, land developer, builder, entrepreneur, past president of the Braunvieh Cattle Association and a member of the Angus Cattle Association.  J.W. served in the U.S. Army and was a member of League Street Church of Christ.

Memorials can be made to charity of your choice.