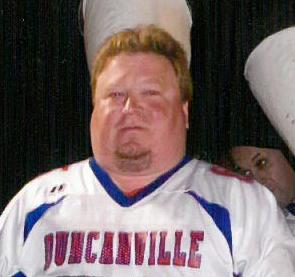 Kenneth David Johnson, age 50, of Duncanville, passed away on Thursday Dec. 7, 2017, at Baylor Medical Center, in Dallas. Kenneth was born Oct. 11, 1967, in Dallas, to Myron Roy and Nellie Ruth Pounds Johnson.  He worked as a painter for the Duncanville ISD, for many years. Kenneth was a member of the Assembly of God church.
He was a Christian man who loved the Lord and doing His work..as in helping and giving to others when the need arose, and, also, just for the joy of giving. He would give you the shirt off his back if you needed it…Kenneth was the proud Daddy of a son.