No Piece of Cake: Supreme Court Hears Case of Baker Who Refused Wedding Cake for Same-Sex Couple by John Litzler 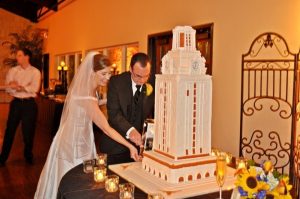 Today, December 5, the Supreme Court of the United States (SCOTUS) will hear oral argument in the case of Masterpiece Cakeshop Ltd., v. Colorado Civil Rights Commission. The Court is at a crossroads. Under Chief Justice John Robert’s leadership since 2005, SCOTUS has been notably pro-liberty. Just in the past few years SCOTUS has issued numerous opinions in favor of individual liberty, religious liberty, marital liberty, and even liberty for corporations. SCOTUS almost uniformly sides on behalf of people, organizations, or corporations asserting speech, religion, privacy, and other freedoms. But freedom is not without its limits, and now SCOTUS will decide what happens when the protection against discrimination and the protection of free speech and freedom of religion affect one another.

What the Masterpiece Cakeshop case is about:

In July 2012, David Mullins and Charlie Craig visited Masterpiece Cakeshop in Lakewood, Colorado, and attempted to order a cake to celebrate the couple’s upcoming wedding. Jack Phillips, owner of Masterpiece Cakeshop, told the couple that because of his religious beliefs he would not provide baked goods for celebration of a same-sex wedding. In response, the couple filed a complaint with the Colorado Civil Rights Commission.

The Colorado Law at Issue:

Currently, sexual orientation is not a protected characteristic under the Civil Rights Act. But Colorado is one of 23 states that prevent discrimination based on a person’s sexual orientation when providing public accommodations. Texas does not have a state law that includes sexual orientation as a protected characteristic. Many metropolitan cities in Texas, however, have passed ordinances similar to the Colorado non-discrimination law. Austin, Dallas, Ft. Worth, and San Antonio are all examples of cities that have passed their own Non-Discrimination Ordinances (NDOs) or Equal Rights Ordinances (EROs). These ordinances include the traditional protections based upon race, gender, religion, age, national origin, and others. The ordinances also include newer characteristics that may not be previously protected by federal state law such as sexual orientation and gender identity. The issue is whether the Colorado law, as applied to Masterpiece, violates Jack Phillips’ first amendment rights to freedom of speech and/or exercise of freedom of religion. If the law does violate Mr. Phillips’ rights, it will be overturned for being an unconstitutional state law.

The State of Colorado will argue that its nondiscrimination law is constitutional. While a state may not offer fewer rights than those afforded its residents by the federal government, it may offer greater protection. Colorado will argue that the nondiscrimination law offers additional protection without violating freedom of religion or speech. Colorado will likely compare the goods or services offered by Masterpiece Cakeshop to those of a restauranteur. While the owner of a restaurant may generally deny service to anyone, he or she may not deny service to a patron simply because of the would-be patron’s race. Colorado’s argument is that a cake for a same-sex wedding is similarly a good or service and doesn’t compel a baker to engage in speech.  Colorado will likely compare baking a cake to providing another portion of the meal, videoing the wedding, or driving a limousine to transport the couple.

Masterpiece will likely argue that the nondiscrimination ordinance compels Phillips to engage in speech in violation of his conscience and religious beliefs. Masterpiece will say that even though the shop may not be required to write, “I support same-sex marriage!” on a cake, requiring it to bake a cake with a rainbow on it for a same-sex wedding ceremony compels the baker to communicate that message. Masterpiece will likely argue that it is not discriminating against would-be patrons based on the patrons’ sexual orientation, but based on the request that Masterpiece engage in activity that violates the baker’s religious beliefs about marriage.

The Art of Cake:

Another important factor in the case is whether the decorating of the cake is considered art. Most people agree that an artist can decline being commissioned to create an original work of art that the artist finds objectionable. For example, if a Caucasian man wanted to hire an artist to paint a confederate flag, the artist may decline. The artist would argue that he is not discriminating based on race, but that he doesn’t want to create a work of art that violates his conscience. But on the sliding scale of what constitutes art, baking and decorating a cake likely lands somewhere between selling food and painting a picture. While some instances of art may be obvious, others are in the eye of the beholder. For SCOTUS to determine what is or is not art, is not a simple matter.

My wife and I are alumni of the University of Texas. When we got married we decided to forego the traditional bride cake and groom cake and instead have one very large cake that would be a replica of the University of Texas’ iconic clock tower. The woman who created our cake was amazing. In addition to being a baker, she had previously studied architecture in school. She combined her two passions and built the most beautiful imitation of the UT tower I’ve ever seen. She had poured so much of herself into that cake and she loved what she had created so much that she could barely stand to watch it leave her store. She believes her creation was art. Many of our Aggie friends would call it repulsive art, but still art. Would SCOTUS agree?

While SCOTUS has previously addressed the constitutional right to marry, this is the first case in Supreme Court history to address sexual orientation discrimination on the bases of free speech and freedom of religion grounds. As previously stated, 23 states have laws preventing discrimination based on sexual orientation. Even in states without these laws, like Texas, many cities have passed laws protecting against discrimination based on sexual orientation.Many of these state laws, NDOs, and EROS, are in jeopardy.  On the other side, many artists, bakers, florists, print shops, marketing and advertising agencies, are protected from government compulsion to engage in speech with which they disagree. A ruling against Masterpiece Cakeshop will leave many questioning whether their religious and speech rights have been jeopardized.