No. 5 Texas A&M-Commerce Lions Take on No. 1 Central Washington Wildcats in Regional Semifinal Round 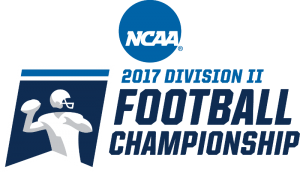 For the first time since the 1990 season, Texas A&M University-Commerce has won a NCAA Division II Playoff game on the road. The Lions have advanced to the regional semifinal round to take on top-seeded Central Washington.

This is your one stop information source for all things related to the Lions’ 2017 NCAA playoff berth. This will provide as much initial clarity as possible, and will be updated with information in advance of the game as more specific communication from NCAA representatives and Central Washington University becomes available.

How do the playoffs work?
The NCAA Division II Football Committee announced the field of 28 teams for the 2017 NCAA Division II Football Championship with seven teams filling out each of the Super Region brackets. 12 first-round games were conducted on the campus of the higher seeded institution in each region last weekend. One team per super regional earned a first-round bye.

Who is remaining in our region?
The No. 1 seed in Super Region IV is Central Washington. CWU had a bye in the first round and is 11-0. The other two regional semifinal is: Midwestern State (No. 3) at Minnesota State (No. 2)

What do we know about Central Washington?
Athletics Website: http://www.wildcatsports.com/

Central Washington University, is a regional, comprehensive public university located on a 380-acre campus in Ellensburg, Washington. Founded in 1891, the university consists of three chief divisions include the Office of the President, Business and Financial Affairs, and Academic and Student Life (ASL). Within ASL are four colleges: the College of Arts and Humanities, the College of Business (Ellensburg campus and centers in the Puget Sound and central regions), the College of Education and Professional Studies, and College of the Sciences.

CWU is located about 110 miles east of Seattle on Interstate 90 in the Kittitas Valley. In addition to being the fastest growing public university in the state of Washington, CWU is considered an emerging Hispanic-Serving Institution with 15 percent Hispanic students.

The Wildcat football team is a member of the Great Northwest Athletic Conference and finished with a 11-0 overall record, including 4-0 at home. They were the GNAC champions. The teams share two common opponents, each defeating Texas A&M-Kingsville and North Alabama.

Is there a travel package for Lion fans?
NCAA Travel provides an easy and affordable way for family and fans to follow our student-athletes and team as we head to Central Washington. Travel arrangements completed through NCAA Travel help support NCAA student-athletes. Please visit www.ncaa.com/travel to search and book online hotel, car and air travel, all in one easy transaction.

How much are tickets?
Ticket information is available HERE. General admission tickets will be $15 for adults and $5 for students.

A&M-Commerce will have 500 seats reserved for Lion fans directly behind the visitor bench.

BROADCAST INFORMATION
I cannot make the game, will it be on TV?
The game will be live-streamed by CWU. A direct link is HERE.

Will the game be on radio?
Yes. The Lion Sports Radio Network – 89.9 KETR – will broadcast the game with Charlie Chitwood (Play-by-Play) and Brock Callaway (Color) on the call. Pre-game begins 30 minutes prior to kickoff. Lions Roar Weekly Radio Show will air one hour prior to kickoff. You can stream the broadcast at www.KETR.org.

Will there be any watch parties in the area?
Yes.  Here are the details: