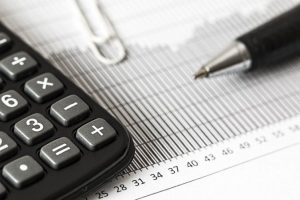 On Monday, October 9, the United States District Court for the Western District of Wisconsin ruled the housing allowance for ministers is unconstitutional. The housing allowance is the result of an IRS rule that allows a minister to deduct the cost of housing from his or her income. The court’s ruling does not come as a surprise. This same court first ruled the housing allowance was unconstitutional in 2013. The first ruling was overturned on procedural grounds by the Seventh U.S. Circuit Court of Appeals. Last Monday’s ruling will not take immediate effect and it will likely be appealed to the Seventh U.S. Circuit Court of Appeals.

History of the Housing Allowance:

In some ways, the history of a housing allowance for clergy can be traced back to the book of Genesis. Genesis 47:26 says, “So Joseph established it as a law concerning land in Egypt–still in force today–that a fifth of the produce belongs to Pharaoh. It was only the land of the priests that did not become Pharaoh’s.” Since the founding of the United States, ministers have not been required to count the value of a home provided by the church as taxable income. Often the church would provide a home that it owned as a form of non-cash payment to its pastor. This exclusion of housing as part of a minister’s housing is called the parsonage exception.

At its core, the parsonage exception recognizes that churches have an interest in providing their ministers housing. Most churches and other houses of worship can’t offer large salaries and a place to live is critical in fairly compensating a minister. Even more importantly, churches need their ministers living in the areas where they are serving.

But the parsonage exception was limited and it began to favor certain denominations. While the Catholic church may own a great number of parsonage homes, a non-denominational church meeting in a high school gym or movie theatre, may own no property at all. What about the minister serving at a church and the church doesn’t own a parsonage? Recognizing this, Congress amended the tax code in 1954 to allow minsters to exempt the portion of their income that they spend on housing. The goal was to treat the ministers who lived in a parsonage owned by the church and the ministers who were given a stipend for the purpose of securing housing equally under the tax code. The exclusion of the rental value of a minister’s home is called a housing allowance.

Basis of the Lawsuit:

Employees of the Freedom From Religion Foundation (“FFRF”) sought to exempt a portion of their income they designated for housing. The IRS denied the exemption. The FFRF is a non-profit organization that, “advocates for the separation of state and church and educates on matters of non-theism.”  The organization has roughly 23,500 members. The employees (and the spouse of one deceased former employee) filed a lawsuit against the IRS claiming that the housing allowance provided preferential treatment to ministers of the gospel and discriminated against anti-theists.

FFRF and several of its employees filed a similar lawsuit in 2013. FFRF won that case, before the ruling was overturned on appeal. The appellate court pointed to the fact that none of the FFRF employees had attempted to claim a housing allowance and therefore they didn’t have the right to sue the IRS. FFRF employees attempted to claim a housing allowance on their next tax return.  After the IRS denied their claim for exemption, the employees then re-filed their lawsuit. The October 9thruling from the Western District of Wisconsin is the same ruling the court issued when it first heard the case in 2013.

While last Monday’s ruling only affects the Western District of Wisconsin, the resulting appeal could affect all of Wisconsin and Indiana and Illinois as well. Additionally, the IRS could face similar lawsuits in other jurisdictions across the United States.  The housing allowance saves ministers an estimated $800 million in taxes each year. Even as ministers continue to claim the allowance each year while this litigation is pending, there is a small risk that the exclusion may be disallowed and ministers would have to amend their presumably filed tax returns.

Notably, the FFRF claims that the housing allowance gives preferential treatment “ministers of the gospel”, but the tax code provides similar benefits to non-ministers as well.  When an employee needs to live close to work for the convenience of the employer, the employee will often receive an exemption for the value of the housing. The military, Peace Corps and sometimes educational institutions are all examples non-religious employers that often need an employee to live close by for the convenience of the employer.

The term “ministers of the gospel” seems to refer to Christian ministers, but ministers of other faiths benefit from the housing allowance as well. Catholics, Jews, and Muslims all claim housing allowances and each minister needs to live close to the church for a different reason. Priests may live together in a community dwelling so that they may work and fellowship together. Some rabbis must live within a short distance of their synagogue to avoid Sabbath restrictions on work. Similarly, an Imam often needs to live close to his mosque so that he can return there at least five times a day to lead congregants in prayer. The elimination of the housing allowance would affect all of these situations.

Christian Unity Ministries will continue to monitor the case, styled Gaylor v. Lew,  as it progresses and update you on the effects of religious liberty rulings on your church or religious organization and its staff.

**Disclaimer: Last year my wife was ordained as a minister, and we are beneficiaries of the IRS’ housing allowance for ministers**