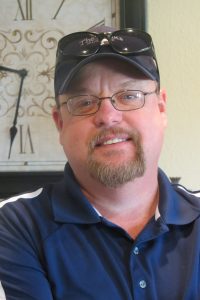 Bryan Dirk McCreight, age 53,  of Yantis, passed away on Thursday, September 28, 2017 at Trinity Mother Frances hospital in Tyler, TX.  A visitation will be from 6:00 to 8:00 p.m.  on Tuesday, October 3, 2017 at West Oaks Funeral Home.  Bryan was born on January 12, 1964 in Orange, TX, the son of Boyd McCreight and Sharon Biffle Freeman.   He married Ginger Harris on August 3, 1993 in Las Vegas, NV.  She survives.  Bryan was a sweet potato farmer and a member of the First Baptist Church of Yantis.  In addition to his wife he is survived by one son, Derek McCreight of Yantis and one daughter, Katelyn McCreight of Yantis, his father, Boyd McCreight and one sister Jennifer Ogle of Yantis.  He was preceded in death by his mother.  Memorials may be made to the American Diabetes Association at www.diabetes.org.   Arrangements are under the direction of West Oaks Funeral Home. www.westoaksfuneralhome.com