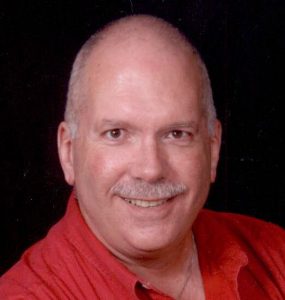 Hopkins County Treasurer Jim Thompson has announced his campaign for re-election. A 51-year resident of Hopkins County, Thompson is serving his first term in office, and has filed documents to officially establish his campaign in the Republican primary for another 4-year term as Hopkins County’s chief financial officer.

Thompson said, “The voters strongly placed their faith in me almost 3 years ago to handle the daily financial functions of Hopkins County, and I am asking for their support again so I can continue to serve them. The position of County Treasurer is primarily a position of trust, and I have faithfully served to protect that trust. Hopkins County’s financial processes are carefully checked each year by a weeks-long process conducted by an independent auditing firm. During my time in office I am proud that zero discrepancies have been found.”

Thompson continued, “In my original campaign I promised the citizens of Hopkins County 3 important things: Accuracy, Transparency, and Accountability. I have kept that promise. I have taken specific steps to reorganize the way our bookkeeping and banking functions work together to improve efficiency and to reduce the chance of errors. I have modernized the operation of the Treasurer’s office, and I maintain an open-door policy for anyone who wants information about Hopkins County’s finances.

Thompson also said, “I have developed a great professional working relationship with everyone in Hopkins County’s financial operation. We all get along well and help each other without drama or tension. We respect each other’s position and work together as a team. The Commissioners Court very wisely restructured the financial operations of Hopkins County before I was elected, and the new arrangement is working quite well.”

The Texas Constitution of 1876 and laws passed by the legislature carefully detail the core responsibilities of County Treasurers. Thompson fulfills those requirements on a daily basis in cooperation with the County Commissioners, the internal Auditor, and the office of Court Administration. He noted that while Treasurers work only a little with the public, their communication and coordination with other County departments and elected officials is crucial to the overall goal of good local government.

Thompson has been active for over 30 years in many phases of Republican Party efforts to insure limited, conservative government working in all levels from campaign staff member on the Congressional level to local volunteer in many local election cycles. He has been a part of many local Republican Party meetings, attended Republican Party State Conventions, helped conservative candidates create winning ad campaigns, put up highway signs and yard signs, manned the headquarters during election seasons, and worked the Party’s Fall Festival booth. Thompson said that for many years he has proudly voted in Republican primaries, and is a sustaining member of the Republican Party of Texas.

Jim Thompson earned a Bachelor’s Degree with honors from East Texas State University, and later earned a Master’s Degree with honors from Texas A&M University – Commerce. He was elected during the late 1980s to a 3-year term on the Sulphur Springs City Council. He served in the 1990s as President of the Hopkins County Dairy Festival Committee and on the Board of Directors for the local Girl Scout Council. He has been teaching a senior adult bible class at League Street Church of Christ almost 13 years. He is the son of the late Barnie Thompson and Lillian Thompson, and is married to JoBeth Thompson.