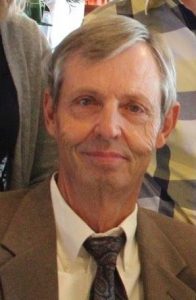 Funeral service is scheduled for Monday, August 21, 2017, at 2:00 PM, at Point Church of Christ with Richard Kellam officiating.  Visitation will be 1 hour prior at 1:00 PM.  Interment will follow in Willow Springs Cemetery in Emory.  Wilson-Orwosky Funeral Home of Emory is in charge of the arrangements.

Larry was born on December 29, 1949, in Santa Fe, NM, to Howard Leroy and Jean Maxine Like Killough.  Larry served his country in the Air National Guard for six years.  He married Jeanne Marie Ratliff on July 22, 1972, in Albuquerque, NM, they’ve been married 45 years.

Larry was the self employed owner of Municipal and Industrial Supply Company (MISCO) in Milan, NM.  Larry was a Christian, a devoted follower of Christ, a member of Point Church of Christ and a founder of Lake Country Higher Ground Ministries.  He was a pilot and an avid fisherman.