Vandalism occurred to one of the glass bathrooms and the flowerbed surrounding the flag pole on the square at approximately 10:00 PM on Wednesday, June 21, 2017. The suspect was captured on surveillance video, along with a female that he spent time with on the square that night. The suspect was picked up in a late 90’s or early 2000’s model Ford Expedition. Anyone having information on the suspect or the female is encouraged to contact Detective Bo Fox at 903-885-7602 or Lake Country Crime Stoppers at 903-885-2020. 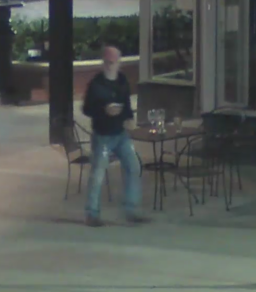 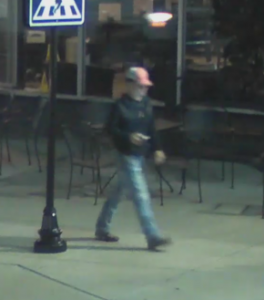 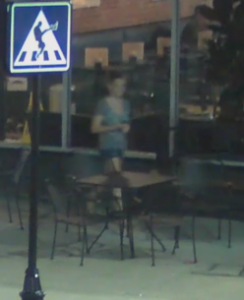 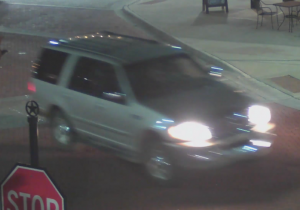