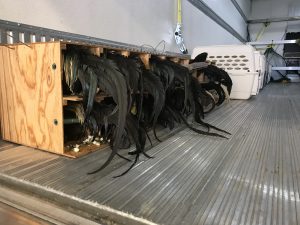 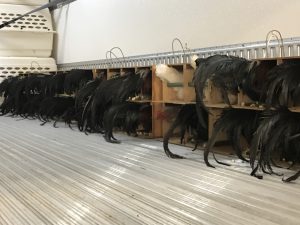 Jose Manuel Salas, 25, was stopped for a traffic violation yesterday on I-30. During the traffic stop deputies observed numerous roosters in plain view. Salas admitted to being in possession of gaff’s or slashers(sharp instruments tied to the leg of the rooster during cock-fighting). Deputies found the contraband in the center console as described by the driver. Salas was arrested and taken into custody. SPCA investigators were contacted and wished to assist in a joint investigation. 64 fowl including roosters and hens were taken into custody and stored in an air conditioned location. SPCA arrived this morning to take custody of the birds. According to SPCA, some of the roosters could be worth thousands of dollars. 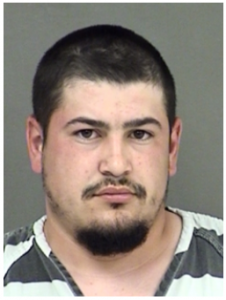