SSHS Fine Arts Showcase is Tuesday, May 16th in the SSHS Auditorium at 6:00 pm.  It will feature a number by the Blue Blazes, student directed scenes from advanced theatre, The SSHS Jazz Band, The SSHS Orchestra, The SSHS Choirs and the art students and theatre tech students will have displays in the lobby of the auditorium. 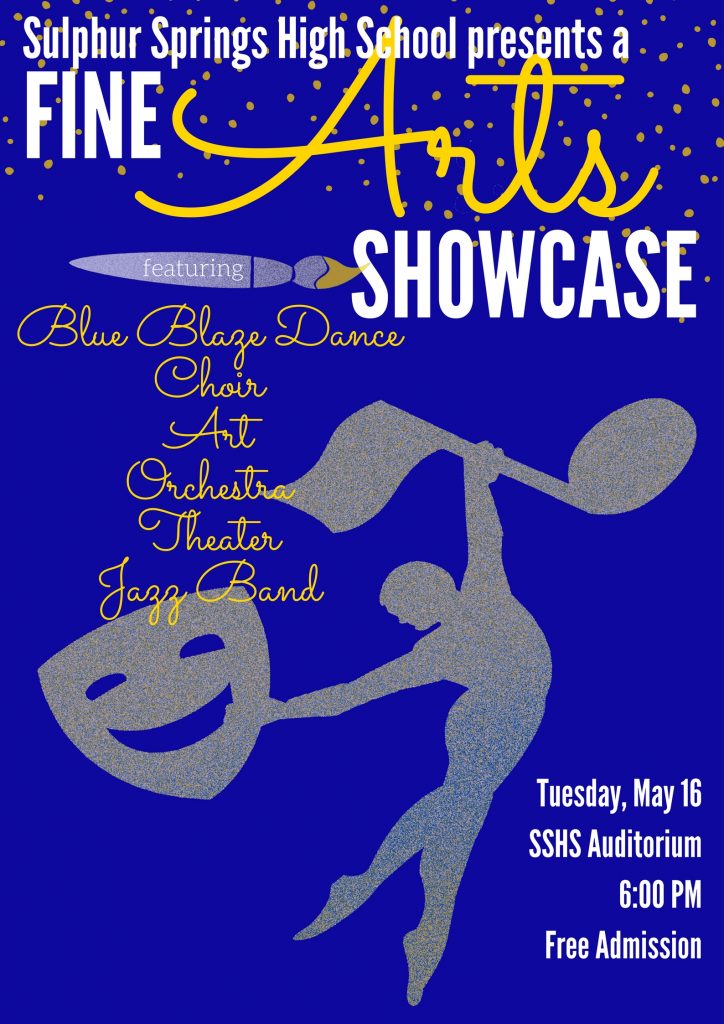