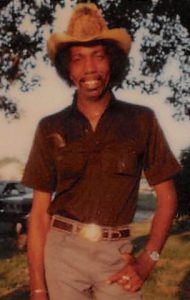 Funeral services for Willie Bill Edwards, Jr., age 75, of Sulphur Springs, will be held at 1:00 p.m., Saturday, April 22, 2017 at St. Luke Baptist Church with Rev. Troy Young officiating. Interment will follow at St. Luke Cemetery with Michael Edwards, John Edwards, Richard Corona, Ken Taylor, Bryant Jackson, and Mannie Mitchell serving as pallbearers. There will be no formal visitation. Mr. Edwards passed away Monday, April 17, 2017 at his residence. He was born on August 16, 1941 in Hopkins County, the son of Willie B. Edwards, Sr. and Ora Lee. He was of the Baptist faith. He worked as a butcher at Krogers for 25 years and later worked in maintenance for Texas A&M Commerce for several years. He married Mary Jean Smith on March 30, 1963 in Hopkins County. She preceded him in death on July 5, 2016. He is survived by daughter, Barbara Nash of Sulphur Springs, grandchildren, Kesha Nash and Nikki Harper both of Sulphur Springs, great-grandchildren, Jadyn Harper and Jaslyn Carter, brothers, Billy Wayne Edwards, Jimmy Edwards and wife Patricia, both of Sulphur Springs, sister, PatricaWeatherall of Sulphur Springs. In addition to his wife he was also preceded in death by his parents, brother, Willie James Brooks, sister, Maggie Finnie, and sister-in-law, Cassie Edwards. Arrangements are under the direction of West Oaks Funeral Home. www.westoaksfuneralhome.com