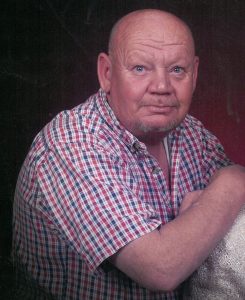 Graveside services for William “Bill” Reck, age 74, of Reno, Texas will be held at 10:00 A.M. on Wednesday, April 12, 2017 at Restlawn Memorial Park with military honors and Pastor Ken Otwell officiating.

Bill passed away Saturday, April 8, 2017, at Paris Regional Medical Center. He was born on August 22, 1942 in Buford, Ohio, the son of Cecil and Viola (Thorpe) Reck and married Delores “Dee” Greenway on August 22, 1972 in Amarillo, Texas.  Bill was a member of the Assembly of God of Quitman Church, he retired from the Navy after twenty-two years, and was a sponsor for AA of Sulphur Springs.

Bill was preceded in death by his parents; sisters, Phyllis Piatt and Betty Back; and brother Joe Reck.