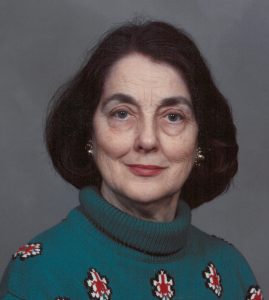 Billie Lois was born October 26, 1919 in Winfield, TX, the daughter of Harris L. Sr. and Aubrey Frances (Hooper) Houston. She married Henry D. Sartin Jr. on August 21, 1949 in Sulphur Springs.  Mrs. Sartin graduated from Winfield schools and East Texas State Teachers College in Commerce.  She taught English in several rural schools including Gilmer and Betty as well as Sulphur Springs High School.  She was an active member of the League Street Church of Christ for almost 80 years, a member of Daughters of the American Revolution, the Standard Club, and the Lena Day Garden Club.