We did a short question and answer with new Star 95.9 Morning Show host and Sulphur Springs native Jordan Owens. You can listen to Jordan on Star 95.9 weekdays from 6-10AM. 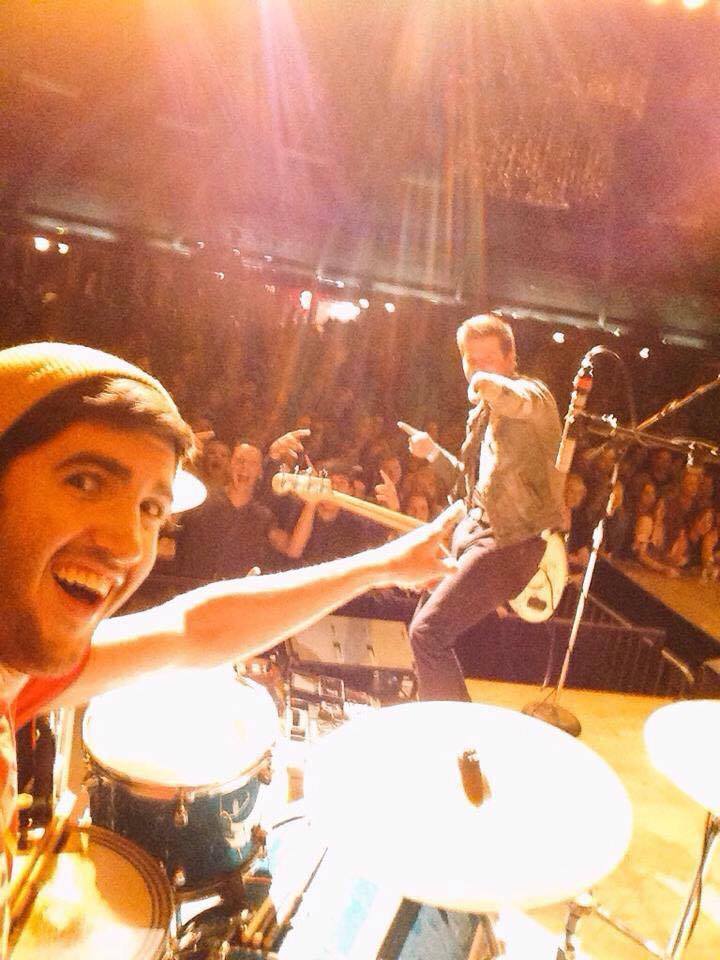 Tell our readers about your experience in country music.

Country music was an acquired taste for me. Growing up we always had Christian radio on in the house and car on the way to school. My first adventure into secular music came in late middle school/early high school when I was introduced to The Beatles. You’re never considered “the cool kid” when you’re listening to Beatles and Led Zeppelin during your early teen years, but it was better than anything else anyone could share with me at the time. Rock music became my obsession throughout middle school and high school. The love of that genre led my friends and I to start multiple garage rock bands. Not knowing the ins and outs of the “music business,” we set out to make the coolest music our talents would allow us to make with one goal: have fun doing it. College social life in Commerce, Texas doesn’t have much to offer. There’s a couple of smokey honkytonks and that’s about it. (No offense, Commerce. Countless memories in that town) If you go to those venues enough times, you’ll find you have no choice but to start enjoying the music they’re playing. If you want to meet new people, you have to dance. If you want to dance, you have to know the best songs to dance to. That’s basically how I got into country music. My friends and I still had a passion to perform live music, but the rock route makes it tough to find places to play in Northeast Texas. So what do you do if you want to play in Northeast Texas venues? You play country music, duh! Say hello to the Backroad Bandits. Matt Prewitt, Seth Welborn, Heath Robinson, Colton Joe Smith and myself all cut our country boy teeth playing some smokey honkytonks and venues all around northeast Texas in a few short years together. Robinson, Smith and myself were then asked to play in a side project with a friend we met recording the Bandits album. That group was called Tyler and the Tribe.

Who are some big names in country music that you’ve opened for?

The Tribe saw some pretty awesome places during our three or four years on the road. We were fortunate enough to open up for plenty of Texas country bands as well as some Nashville acts. Guys like the Florida Georgia Line, Thomas Rhett, (okay that was at a big music festival we got asked to perform at, but I’ll put it on here) We shared the stage with Eli Young Band (Ol’ Eli is a good dude. EYB fans will appreciate that) Billy Currington, David Nail, Randy Rogers Band, Josh Abbott Band, Wade Bowen, William Clark Green, Jonathon Tyler, so on and so forth. You can hear a duet called “Breathe” that we did on our album “Born” with Grammy-winning artist Maren Morris. That was a neat opportunity. Looking back on those years on the road, we did some really cool things and saw some of the most beautiful sights our nation has to offer. Went on a 10-day tour once that took us to the coast of Texas, the hill country, plains of the west, and into the mountains of New Mexico. That was sweet. All in all, my time as the drummer of Tyler and the Tribe was an experience of a lifetime that I wouldn’t trade for the world. Or three worlds for that matter. My overall knowledge of country music greatly improved throughout that time. But as they say “all good things must come to an end.” It was just time to settle down. Years of playing 100s of shows (that’s like every weekend on the road) really wears on you when you’re an up and coming band whose only crew is you. It was time to settle down into my dream job.

How did you get into radio?

Let’s go way back. As long as I can remember, there have been two things that fascinate me more than anything else: drums and radio. I tell people that I don’t remember life before drums because my dad started teaching me the basics of groove at such an early age. Maybe 4 or so? I always knew I would make a living doing one or the other. As a kid living in Reilly Springs with two older sisters, we spent a lot of time playing “house,” playing outside, making funny home video skits, and utilizing our imagination to keep ourselves entertained. That’s what we did back in the day, kiddos. Not stay glued to our iPads or phones. (Okay I’m sounding like an old geezer) In the mid and late 90s, the only cool tech toys we had were radios and cassette recorders. I found some cassettes laying around and discovered that I could emulate what I was hearing on the radio, so I decided to start recording radio shows on “J-E-R-K Radio.” As a kid I didn’t understand that call letters started with either a “K” or a “W,” but I knew they had four letters. You’ve got to find a way to put your initials in everything. There’s the “J.” The “E,” “R,” and “K” are self explanatory. A typical JERK radio program would consist of some songs I was into at the time, my takes on the latest Rangers game or Longhorns football, and anything else a young kid is into at the time. When I wasn’t “on air” on JERK, I was sitting in front of our living room tv watching the Rangers broadcast on KTXA 21 (luckily we got that channel on antenna!) and imitating what the announcers were saying. I even had the headset, sound board, the whole shebang. This is what I was made to do and I was blessed to find out at an early age. I was going to be on the radio: either drumming on a hit song or talking about and playing them. 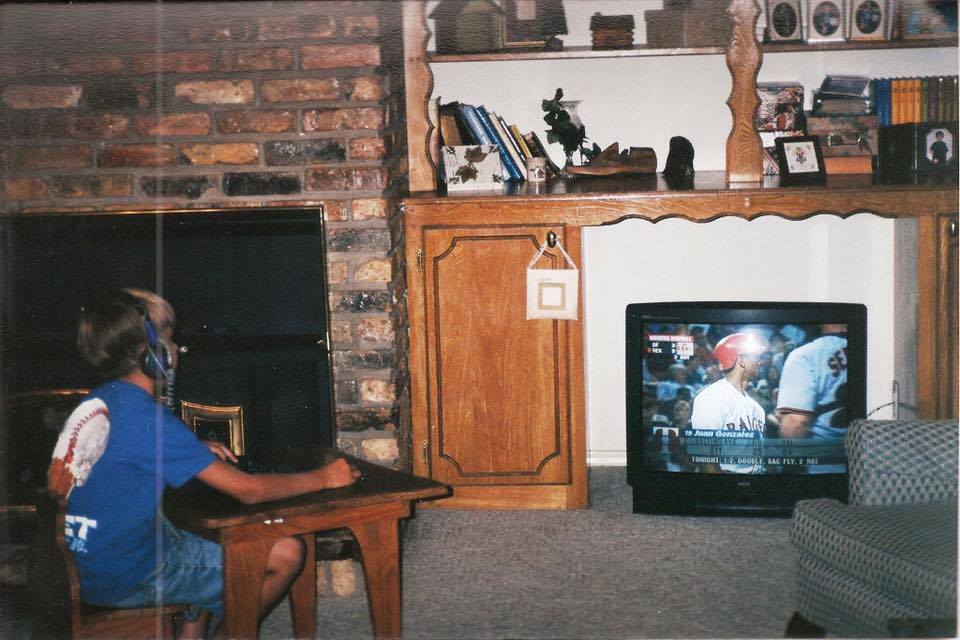 Why do you love radio?

Radio is NOT dead. You listen to it at some point every day. In the car, at your office, while you’re shopping or eating. Radio isn’t going anywhere. Streaming services and satellite radio have offered new forms of audio media, but you’ll turn your radio on at some point. News, weather, sports, your favorite songs, they all live on that radio dial and they’re all LIVE. Especially when it comes to local, small town radio. Every morning when you turn on your station of choice, that friendly voice is a person from the same area with a similar background. Although you may never put a face to that voice, that voice appreciates every ear that’s giving up time of their day to listen. Our goal in radio is to please the audience. Before we open our mic we think “Will you enjoy this bit? Will you dig this song? Do you need to hear this information?” It’s all about you! As a radio host, I get to have a one-on-one conversation with hundreds of people at once. How cool is that?! That is why I love radio. And that is why radio will always be the BEST audio medium. Radio is never going to die.

Tell us about your afternoon show.

I am honored and humbled to have the opportunity to host the Big Ol’ Morning Show with legendary broadcaster Dave Kirkpatrick. The show is very young and green. We’re working out kinks every day, but we’re getting to do it with the greatest radio audience in Northeast Texas! Every single person who tunes into Star 95.9 is just as important to this station as the people pushing the buttons on the other side. We’re all in this adventure together and I can’t wait to see what lies down the road. Catch ya tomorrow morning, bright and early!