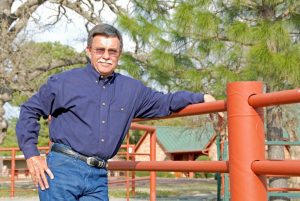 They gather around a big table in the back of Prigmore’s General Store and Café in downtown Riverby several times a week most weeks. There are six of them, five men and one woman. There may have been more or less in the past. There are no programs or speakers. Those outside The Circle wonder what they talk about, but they don’t ask. The only requirement for membership is to have been deeply hurt or to have caused serious hurt to others.

Tee Jessup is not a member of The Circle, but he qualifies. He spends a lot of time on the porch of a dilapidated farm house on a hill, feeling sorry for himself over the loss of his parents, his brother and his wife. He dreams of taking revenge on the man responsible for his wife’s death, but he can’t take the vengeance he craves because he has a young son.

Just down the hill from Tee’s home sits a long-abandoned shack. Decades earlier, it was used as a shelter for itinerant cotton pickers during harvest season. Clayton Dupree stayed in the picker shack when he was a boy. Now he has secretly returned to write his songs, paint his pictures, play his guitar, record everything that happens around him, and nurse a bullet wound.

Ainsworth’s second new release, Believing in a Grand Thing, is partially in response to reader requests. He describes it as the story of a worn-out old cowboy’s attempts to blaze his trail to redemption.  He’s giving away a copy of this book with every purchase of Circle of Hurt. Additional copies may be purchased.

Everyone is invited to a launch party for both books to be held Tuesday, March 28, from 5:00 to 8:00 p.m. at the A&M-Commerce Alumni Center, Corner of Stonewall and Bois d’Arc Sts., Commerce, Texas 75428. Grammy-Award-Winner Brad Davis is scheduled to perform and Jim will speak and take questions about his books. All are welcome and reservations are not required. Refreshments will be served.

All of Ainsworth’s other books will also be available at the party, from his website or at Amazon.com. Contact him at www.JimAinsworth.com or Jim@JimAinsworth.com