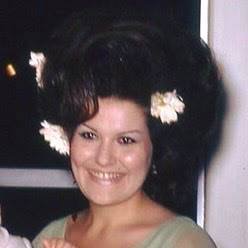 Priscilla was born to Burl and Elizabeth Jones on May 13, 1947 in Dallas, TX.  Priscilla grew up in San Antonio and graduated from Highlands High School. Priscilla and Joe were married on August 3, 1975 in San Antonio, but their life together would take them to residency in Orr, MN; Berwick, LA; Bakersfield, CA; San Antonio, Corpus Christie, Redland (on more than one occasion), Corsicana, and finally to their 50-acre farm in Sulphur Springs. Where Priscilla raised Guinea and Dominique chickens, among others, and a mean old Banty rooster…who attacked, and often.

Arrangements are under the direction of West Oaks Funeral Home. www.westoaksfuneralhome.com.