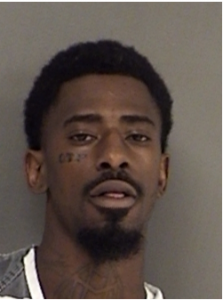 SSPD arrested 31 year old Jeremy Blake Mosley of Sulphur Springs yesterday afternoon for Deadly Conduct and Unlawful Possession of Firearm by Felon. Officers responded to the 700 block of Fuller Street regarding gunshots. Officers were advised that a subject wearing a white t-shirt and a black “beanie” had fired gunshots and was running toward Putman St. The arresting officer observed Mosley cross College St. near Jennings and detained him near the 100 block of Jennings. Witnesses advised police the suspect had discharged several rounds in the direction of houses as well as people. The handgun used was later found laying on the ground close to where Mosley was detained. No bail has been set.